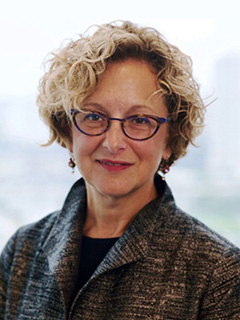 Dr. Winston is a pediatrician, engineer, and public health researcher who established the scientific foundation behind new patents, products, programs, policies, and laws for injury. As a clinician-scientist/innovator, Dr. Winston leads CHOP's Innovation Ecosystem and released a free e-textbook, Academic Entrepreneurship for Medical and Health Scientist.

Dr. Flaura Koplin Winston is the distinguished chair in the Department of Pediatrics at Children’s Hospital of Philadelphia and a tenured professor of pediatrics at the Perelman School of Medicine at the University of Pennsylvania.

At CHOP, she is the founder and scientific director of the National Science Foundation Center for Child Injury Prevention Studies and the Center for Injury Research and Prevention, and she leads the CHOP Innovation Ecosystem Initiative. Her interdisciplinary background in medicine, engineering, and public health has allowed her to conduct research at the interface of child and adolescent health, injury, technology, and behavior, which led her to establish the scientific foundation dedicated to the principal cause of child death—injury—while also building and leading effective multi-stakeholder healthcare and prevention teams.

For her scientifically rigorous and impactful work, in 2017 she was elected to the National Academy of Medicine.

Professor of Pediatrics, University of Pennsylvania Perelman School of Medicine

Elected as Honorary Fellow, Royal College of Physicians of Ireland, 2019